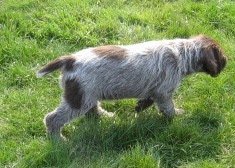 Z as a pup 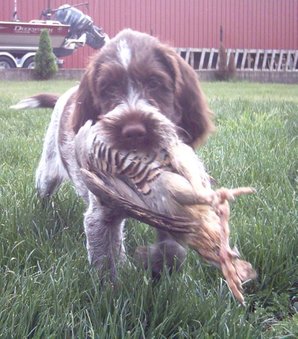 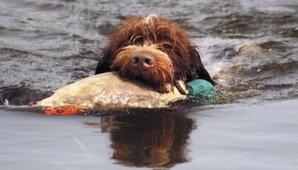 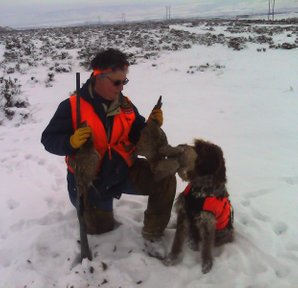 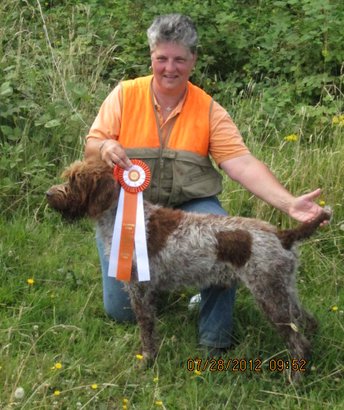 Great friends and wonderful times on the Shoot. 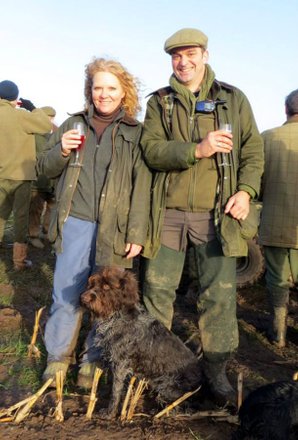 I am a conscientious, dedicated breeder; I do not rely on the sales of puppies to supplement my income. In fact, I had no intention of ever becoming a breeder until I moved to the UK from the USA in 2007. Once settled, I quickly became involved with the breed club here and the two breed clubs in France and in 2010 began my quest for another KG to add to the family. Sadly, it quickly became apparent that the UK gene pool was in dire straits with no attempts being made to responsibly expand the pool by very selective new gene introduction. With the discovery of the Tan Point gene and all the health and genetic issues that came with it,  I felt a strong calling to try and improve, promote and protect my beloved Griff ; a breed that had given me and my family such joy and a breed that had shown me a whole new world and way of life. Please see the Health and Genetics page for very important information on the Tan Point gene as well the health and genetic implications associated with the outcross which introduced it.

My first Korthals Griffon came from Barbara Young of Herrenhausen Sporting Dogs in Oregon, USA nearly 12 years ago.  Scout is the best bitch I have ever had the pleasure to love, live with and train and who at almost 12 has shown no health or behavioural issues.  I returned to Barbara Young to assist me in finding a suitable sire to establish my line. I wanted to replicate all the attributes both in form, function, natural hunting ability and sound temperament I have experienced with Scout. Barbara Young of Herrenhausen Sporting Dogs has for over 30 years been producing genuine Korthals Griffons that are renowned for their calm dispositions, outstanding hunting ability, biddability in training and sound conformation. It is the longest standing breeding kennel of pure Korthals Griffons (Wirehaired Pointing Griffon) in the US, and probably globally, so all things considered it was a very easy decision to make.

Barbara is also a long time American Kennel Club and International judge, exhibitor and Breeder of Merit. She has been invaluable to me as a mentor and has been instrumental in assisting me with my breeding programme. I will forever be indebted to her for her continued generosity with her time, knowledge and support.

I was in love with a dog from Barbara’s kennel named Zerubbabel von Herrenhausen known as “Z”. He was bold; he was beautiful and had a proven outstanding nose. He was the first Korthals Griffon dog in the USA to not only achieve Grand Champion in the ring but the coveted AKC Master Hunter Advanced title. He is trained, handled and owned by Carol Ptak, who after many lengthy trans-Atlantic conversations agreed to allow me to use her boy as a means of establishing the goal towards creating a genuine line in the UK. His mother Sara is also a litter mate to my beloved Scout !

Maggie our foundation dam has proven to be a wonderful, biddable hard working dog. She has an incredibly lovely nature and has shown herself to be an amazing mother. We belong to a friendly local shoot and she has demonstrated a keen natural hunting ability over the last 3 seasons.

Our first litter came to us on 30 January 2014, third time lucky by way of Transcervical Artificial Insemination (TCI).  All six pups have proven to be exceptional in conformation, natural hunting ability, disposition and trainability: a wonderful beginning for Aligngriffs. 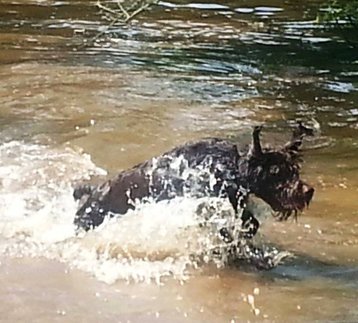 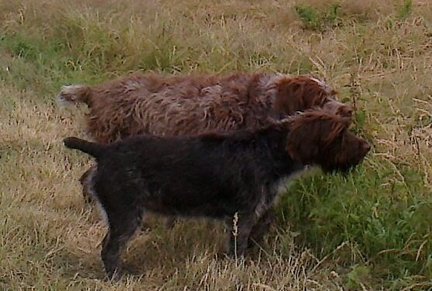 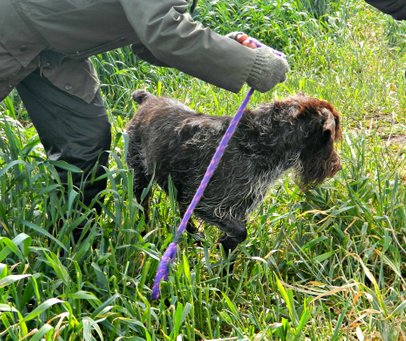 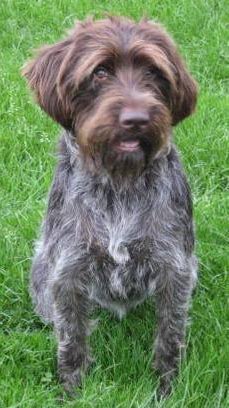 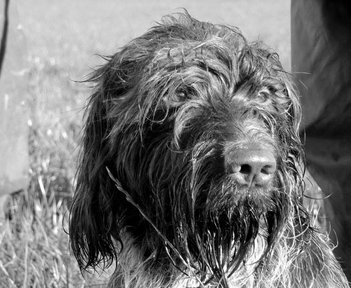 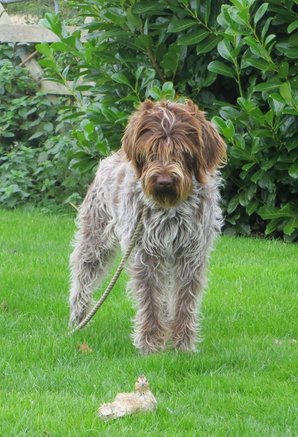 The focus of our breeding programme is to produce sound working dogs who are part of the family in all respects. Korthals Griffons, unlike many other working HPR's, do not kennel well and thrive best in an environment where they are part of the family but can develop a working partnership with the hunter(s) of the family. Off season they love activities such as agility, tracking and flyball. But they are a hunting dog and are happiest when they have the opportunity to be exposed to natural quarry and "hunt" daily off-lead.

I can't say enough about the great opportunities for family bonding, by way of participating in beating and/or picking up; it makes for a wonderful day out with the dog and entire family. It’s also a great opportunity to meet other similarly focused dog-minded people. Please see the link below on the National Organisation of Beaters and Picker Ups. (NOBS).  http://www.nobs.org.uk/

All of our pups are whelped and housed with us as a family. We have the luxury of nearly an acre and a half of fenced in garden surrounded by open Cheshire countryside with direct permissive access to the 40 acres of fields directly behind us. We also raise quail and pigeons for training and pups are exposed to both species after 4 weeks of age. We begin crate training once the pups are weaned which makes the transition to home and toilet training an easy adjustment. All of the last litter left 95% potty-trained.

We take great care in ensuring the pups are exposed to all the normal sounds and annoyances of daily living. We have young grandchildren whom we encourage to interact with the pups under close supervision.  I am an Advanced Nurse Practitioner in the community and work 3 days a week. My husband Arthur, is semi-retired and works from home, so the pups are never left alone.

Once potential puppy buyers have been vetted and selected, we have an open door policy and provided one of us is not working, we welcome and encourage frequent visits and interaction with the puppies.

Our policy is to maintain consistent and frequent contact with all our puppy owners throughout the lifetime of the dog and beyond. We are really just a big family and we get together often for training seminars, pup fun reunions, and ring craft play dates. I am always just at the other end of the phone for any and all support.

I offer a health guarantee that your pup will be free from any health or genetic diseases. You are investing 13-15 years of your time and your heart, so it is imperative you have a healthy dog to enjoy and love throughout its lifetime. 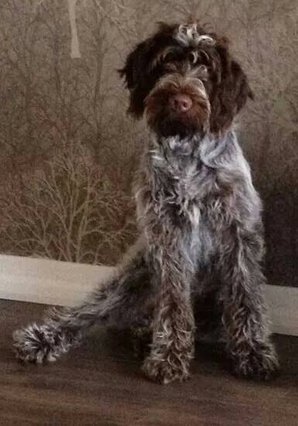 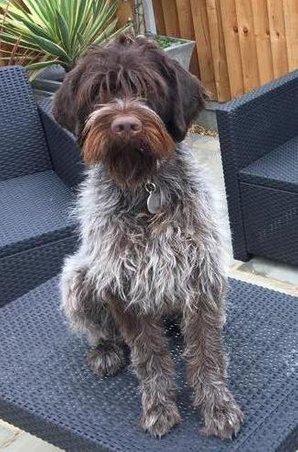 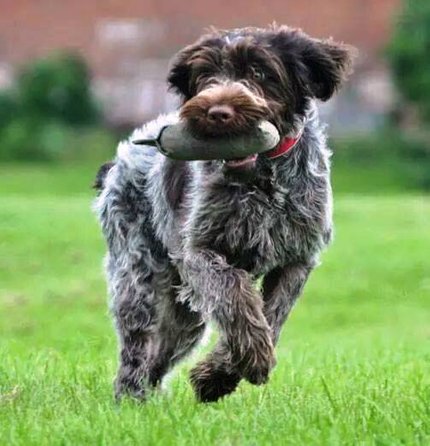 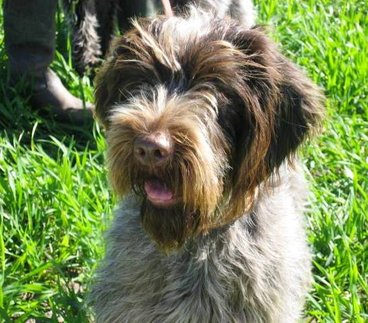 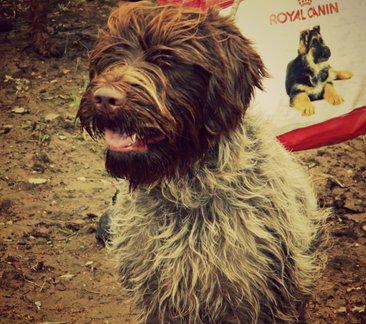 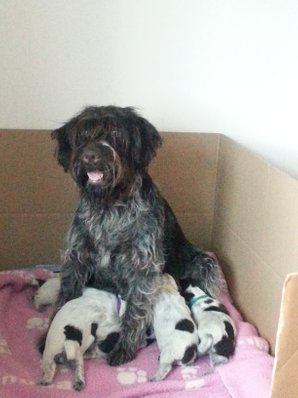 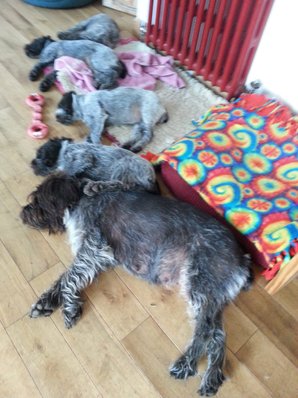 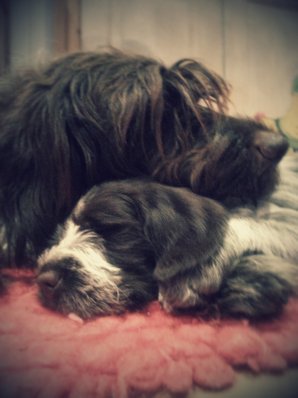 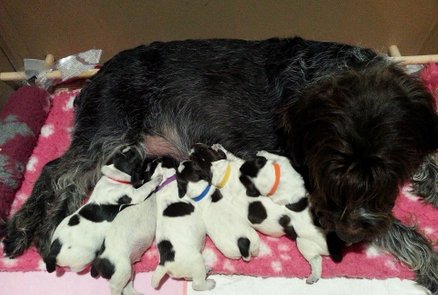 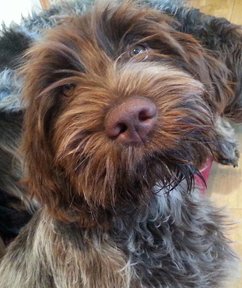 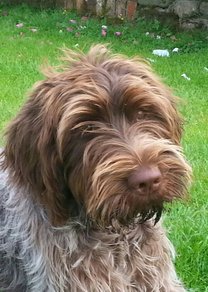 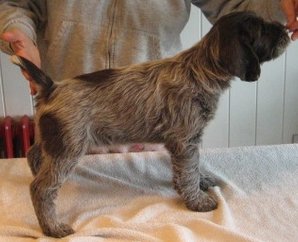 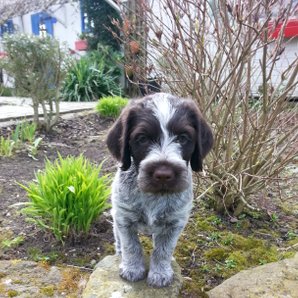 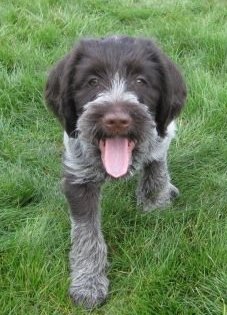 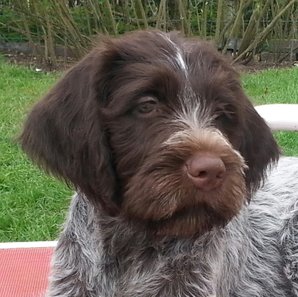 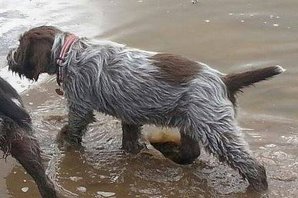 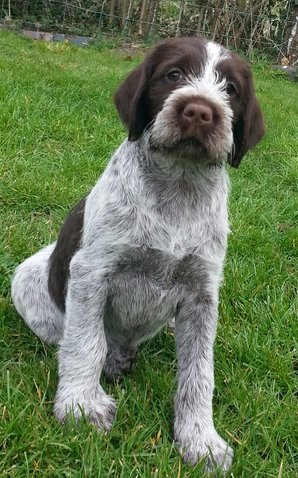 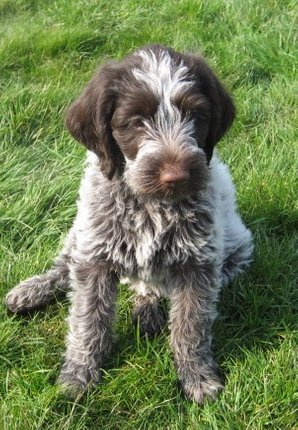 For information on up coming litters please contact us.