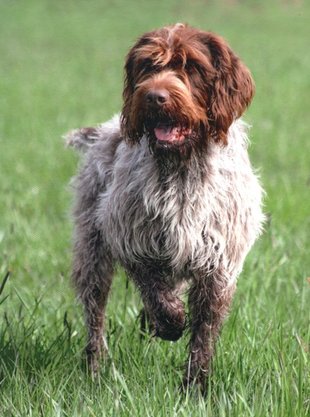 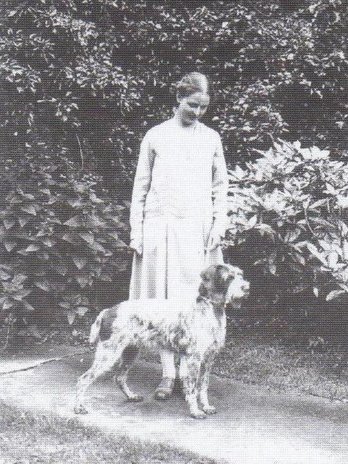 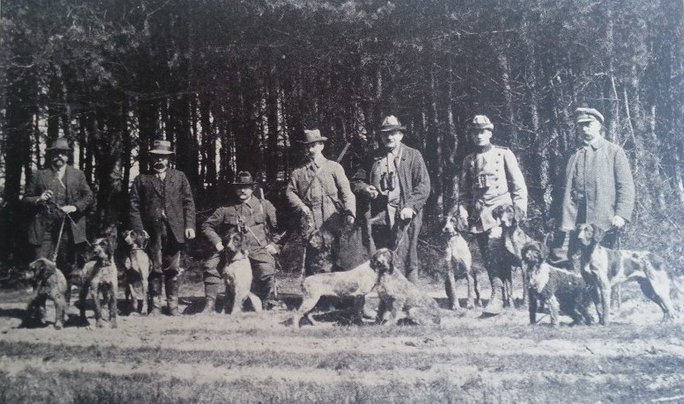 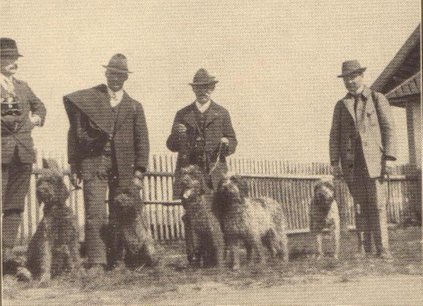 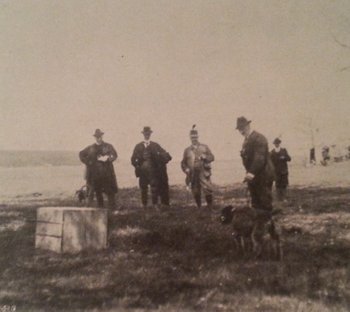 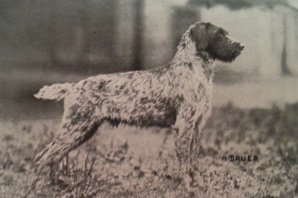 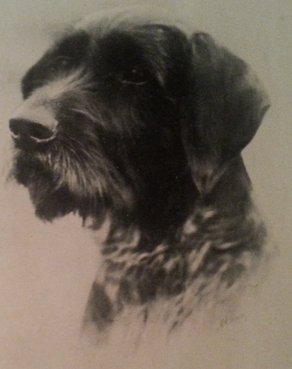 The Wirehaired Pointing Griffon was developed in the Netherlands in the latter part of the 19th century, due largely to the experimental efforts of Eduard Korthals near Haarlem, Holland. The son of a wealth banker and cattle-rancher, Korthals decided to develop a new sporting breed that excelled in working with a walking hunter, being equally adept at tracking, pointing and retrieving in all types of climates and terrain, including water. In 1874, young Korthals bought a 7-year old brown and gray “griffon” bitch named Mouche, who excelled at hunting in both forest and field. Over the next three years, Korthals acquired five more hunting dogs: Janus (who had a woolly coat), Junon (a female who had a short coat) and Hector, Satan and Banco (who each had a woolly coat). Through various crosses between and among these six dogs and their offspring, Korthals created the foundation of a breed that became known for being a slow, deliberate worker with a keen nose and the ability to both point and retrieve with equal skill.

Ultimately, Korthals moved from Holland to Germany, where he continued his focused breeding efforts. He acquired fresh stock, with different coats, types and talents, to improve the coat, love of water, intelligence and disposition of his dogs. Many authorities believe that spaniels, setters, pointers and Otterhounds were all used in the ancestral mix of the “Korthals patriarchs,” as his dogs soon became known. The Griffon Hound and German Shorthair Pointer are also thought to have contributed to Korthals’ breed, which he finally named the Wirehaired Pointing Griffon. In less than two decades, Korthals created an all-around gun dog that could trail, point and retrieve in all weather and over any terrain. He helped write an official standard for the breed, and in 1890 he was recognized by the German emperor for his breeding successes. Later, Korthals travelled widely as part of his job working for a French nobleman, the Duke of Penthievre, promoting his dogs whenever and wherever he found a willing ear. While this contributed to the claim that the Wirehaired Pointing Griffon is a French breed, there really can be no dispute that it is actually Dutch in origin. 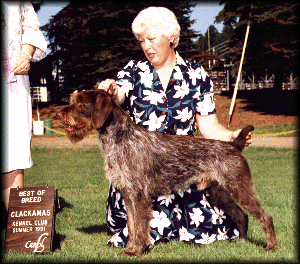 Dedicated to the promotion and protection

of the true Korthals Griffon in the UK 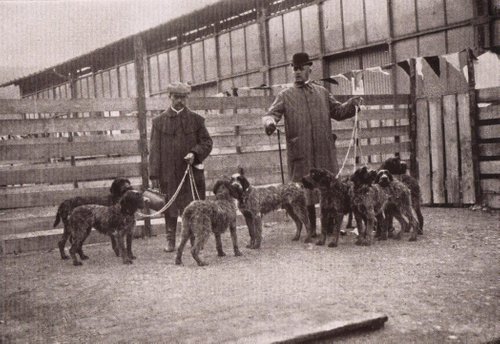 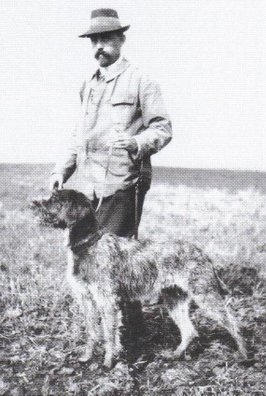 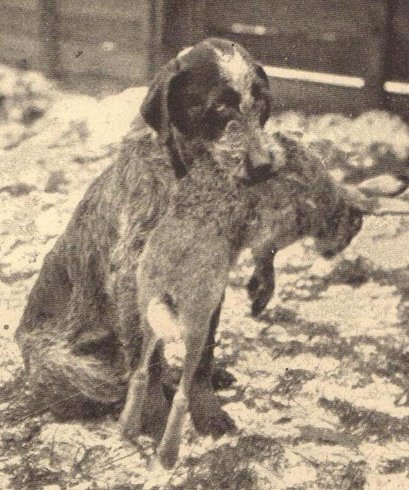 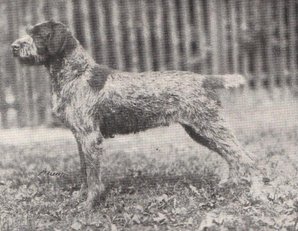 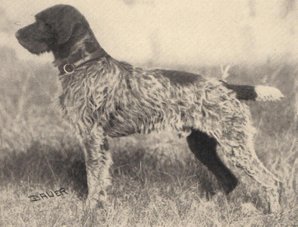 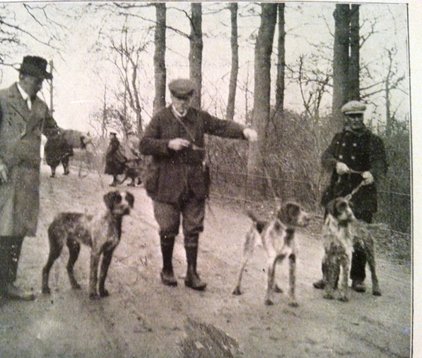 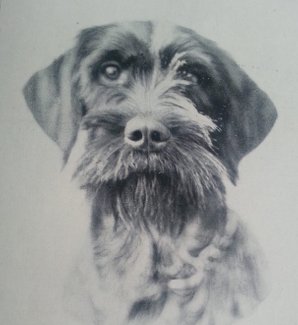 Son, father and grandfather running in the hunt/search test 1931 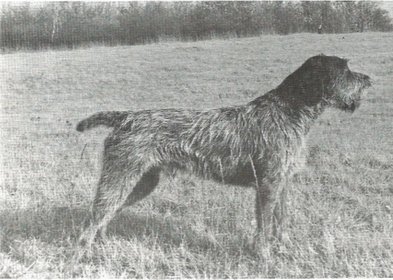 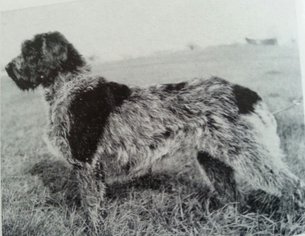 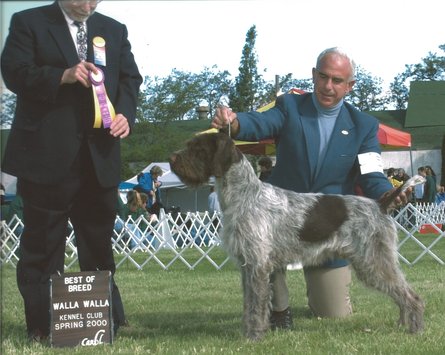